Lines Fiction: Lino-printing is the technique that form your animations and give the moving image its special character. It is a contrasty, pure style, and in Rutas simultáneas the fabric of the canvas is visible in the animation. Did these aesthetics bring about that you never worked with hand drawings or computer drawings to create your animations?

Jakob Kirchheim: Yes, most of the times I use linocut as material, but in 1991, together with my partner Teresa Delgado I received film funding to realize a watercolor animation.
Die Prinzessin der zweiten Hand, A fairy tale / murder mystery made from 750 watercolors, plus voice and music (35mm, 15min, 1992, presented at the Berlinale program Panorama in 1992). In this case ink drawings, colored in a second cycle, form the base of the animation. This film resembles a narrative, but also strikes a new path.

Mentionable also a film project that I worked on for some years til 1999:
White Africa (BetaSP, 25min, 1999) is an animated travel through the african continent. Ink drawings and watercolors, mounted in the Super 8 mm camera, including the drying process of the colors in time-lapse images. Around this time in my work I started with non linear digital cut.

Now I jump to the animation Rutas simultáneas (DV, 10min, 2010) that is a pure Lino-film production. I only used scans, no camera. The animation is inspired by a bus travel from Madrid to Valencia. I made automatic sketches of the landscape, which means that I barely watched my hand while drawing. I tried to keep the impressions as intuitive as possible, including writing, signs, details from a video (with Antonio Banderas) playing on the bus.

These drawings were transformed to linocut, printed out on canvas that gave the scans a delicate raster. The static images were put in motion through keyframe animation, nested with transparencies and 3D elements on layers.

The drawing process turns into computer work, on the base of original drawings. Lino-printing is relief printing that means the cutout lines appear white in the result, the flat background will be printed. For some time I began my drawing in the computer, but then again the question arises, how to deal with the results, if you want to present the drawings offline.

Lines Fiction: As above mentioned you coined the genre of the Lino-film. What is a Lino-film?

Jakob Kirchheim: The first Lino-film was created in 1987, my last year at the academy of arts in Berlin where I studied painting. I experimented a lot with Super 8 mm, I wanted to mount my paintings together with photography in a film, and at the same time discovered the technique of linocut. I merged the techniques in approaching the prints with the idea of frame-by-frame animation in mind: cutting and rearranging the printing plate, over printing again and again, and modifying the prints by painting over, in order to keep some areas unaltered, while others change.

The combination of lettering and imagery was important from the beginning, the lettering carrying the narrative, while appearing as an image.

A special feature in shaping the imagery I call the anagrammatic method: reconstructing words, creating a new literal sense by painting over some letters, leaving others in unusual places, challenging the ability of the viewer to make sense of it. I have to keep it on the narrow margin between readability and nonsense, for missing the possibility to make sense of it, everything would appear as pure formalism to the viewer.

The content of the first Lino-film were political themes from the late 1980th, before the fall of the Berlin Wall: the shock of Chernobyl still noticeable, Berlin being an island in the Eastern Bloc, the protest against the census of population. While Ronald Reagan demanded the opening of the wall at the Brandenburg gate, thousands of protesters against his visit were kettled by the police on Nollendorfplatz. The animation deals with these issues in form of visual associations, as a speech with interruptions, in a rough imagery.

The film of ten minutes length was first presented 1987 in a Kreuzberg project space, together with lino-prints used in the animation. With sound added, the film received an award at the Hamburg No-Budget-Festival in 1988, then re-emerged in 1989 with a new title: Zurückbleiben – ein Linolfilm as a 35-mm remake in the Berlinale program Panorama.

In this first phase of the Lino-film production, the poetry film Geld oder Leben (Super-8 mm, 3:10min, 1990) came out, based on a poem by the east berlin poet Stefan Döring. Word by word the poem was cut in linoleum, and then was pasted on black & white photographs, depicting private and public spaces in Berlin. (See Interview (in German) on www.poetryfilmkanal.de )

In a second phase in 1994 and 1995, three more Super-8 mm Lino-films came out. Afrikarten (3min, 1994) and Länder (3:10min, 1994) are animations that deal with the cartography of Africa, based on lino-printing. Another animation, What’s up? (2:50min, 1995) is an abstract film that rhythmically merges series of geometric linocut into irregular patterns with a tangible optical effect.

Lines Fiction: Sound and text in your animations are very important to you, and the voice is by Teresa Delgado, your partner. You work together on many occasions, are you a team?

Jakob Kirchheim: Lets look at Rutas simultáneas. While working on this production we remembered a poem by Teresa that describes the bus ride from the opposite direction, from Valencia to Madrid, including similar impressions as presented in the animation. So we decided to take the text, spoken by Teresa in spanish, for the film. Therefore the title that could be translated as: concurrent travel. I then did without any other subtitles explaining the writings in the animations, just the poem.

For me, an independent, creative, and flexible work with sound effects was only possible in digital productions. It began with White Africa, and since then developed further in my work, and velocity variation, in particular, play a special role. In Rutas simultáneas we worked with sounds produced by insects.

In cooperation with Teresa a lot of films came into being, starting with
Die Prinzessin der zweiten Hand. Im Schnee (DV, 2:10min, 2006) contents Super-8 mm footage from the film installation 130 Punkte in 1995. The material shows treads and burned frames from a long-run film projection. Over the layer of an animated raster of 130 points, the text in linocut was digitally mounted.

Terrorsounds (DV, 6min, 2010) is a multimedia movie, combining photos, alienation effects, analogue footage, and animated writings in a poetry film. The poem was adapted for the animation that refers to the issue of 3 bomb attacks in Madrid, parallel to the Berlin Arts Festival. Here as well the sound of the movie is very important, as the title already suggests.

Sternenstaub (DV, 3:10min, 2012) is the second animation presented on Lines Fiction. The short synopsis: Word- and image constellations float in film space. On their travel through wormholes they become stardust.

Again we used analogue footage, and edited it digitally. The initiative was taken by Teresa, as well as in implementing our last two productions Veracruz ohne Schiff (HD, 5:53min, 2014) and Vertical vulcano (HD, 7:50min, 2018/2019) . The question, as to wether we are a team, is yes. 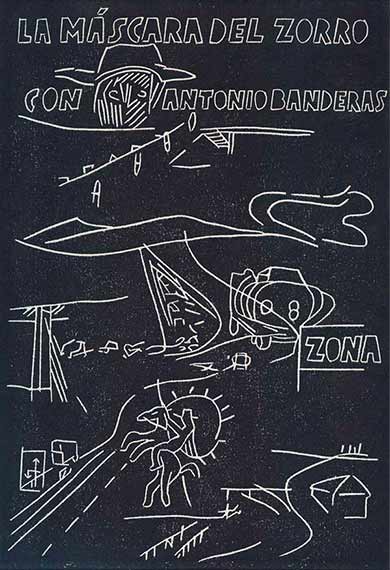 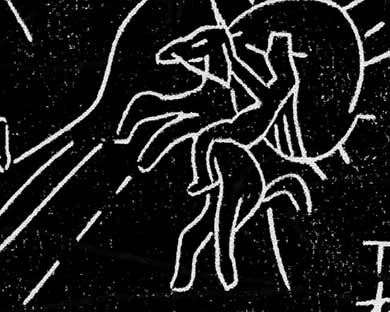 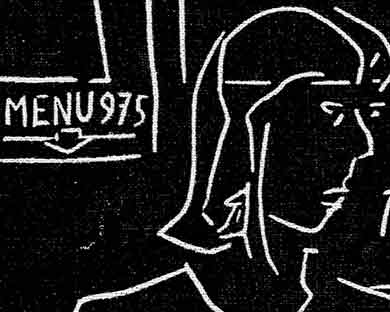 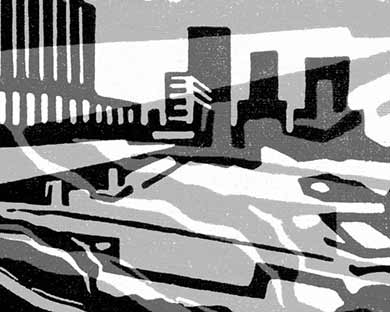 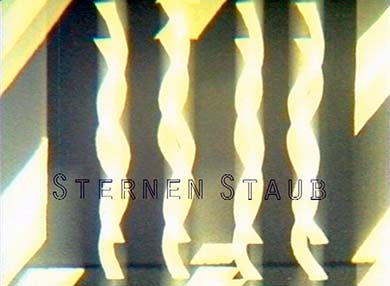 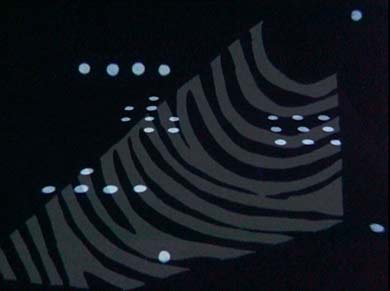 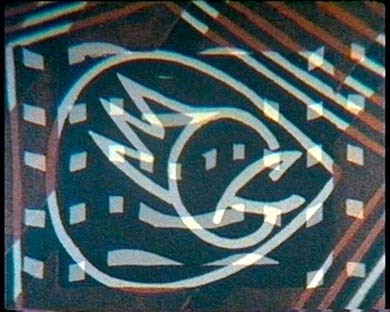