Linesfiction: Your art work is dealing with a wide range of scientific disciplines, from genealogy to life sciences. I got to know your work through your book “Organisms“, where you present your projects in combination with essays from scientists and philosophers. How do you see the chances of art interacting with natural science?

Simona Koch: In my experience scientists indeed can be interested in an exchange with artists. Both fields are very different and can inspire each other. Scientist are working within a framework of rules and have to proof the hypothesis they make up – therefore they receive profound knowledge in their field of research. An artist may research something, and as well be speculative and playful, which might open some doors to complete new aspects. Fascinating synergies can arise when both ways of working merge.

Linesfiction: Art as Research was coined by the artist Florian Dombois in his manifest from 2006, the project WissensArten by Sybille Anderl questions female artists and scientists on identical subjects, and the Schering Stiftung in Berlin presents art shows on scientific themes. Do you find it easier to present your projects today than in the past?

Simona Koch: It still happens that visitors of my exhibitions perceive my work more as scientifical than artistic. But in the wide world of artistic practice, artistic research is a well-known category by now – though more supported in other countries than in Germany. And still I would assume that the general interest is growing.

Linesfiction: Your works of the series ORGANISM embraces the variety of the living world, presenting drawings and animations as your artistic result. I found it especially fascinating how in your work ORGANISM 4 / Fungi you dealt with the biggest, and probably the oldest living being, a fungus in the USA…

Simona Koch: Yes, a very fascinating creature! But quite sure it is not the biggest living organism on earth – it´s only the biggest found to date. More huge organisms must exist that we haven´t found for we are not looking for them. The Humongous Fungus in Oregon was discovered by coincidence, when scientists were testing the DNA of the parasite Armillaria in a certain area of about 8 km², and they realised that it was all over the same DNA. There are other organisms like bamboo and blueberries that appear as a single plant above the surface, but in fact they are part of the huge biomass of a single organism beneath the ground. This aspect seems especially interesting to me: A being that seems to be a single individual is in fact part of a large whole.

But the fungus is not the oldest living being. As far as I know, the oldest animal ever found is a sponge of about 10,000 years of age. The oldest being should be a bacteria that was found during drilling work in Mexico … it is about 250 million years old – isn´t this fascinating?

Apart from that, there is also a small type of jellyfish (Turritopsis dohrnii) that is said to be immortal. Craig Schmidt, a forest pathologist who researched on the Humongous Fungus in Oregon, thinks this fungus might also be some kind of an immortal being because its cells are permanently regenerating themselves. Its estimated age is around 2,500 years. The idea of immortality is also extremely interesting for me in my artistic practice! I´ve done several works on family trees and reproduction. Therefore I created animations (LEGACY – Pairing/Division) where mankind itself becomes part of a superorganism – pairing two plants by uniting them, and a new descendant then grows out of the two.

Linesfiction: Since in your installations, drawings and animations you don’t merely document scientific findings: Could you describe your specific artistic concept of science and research?

Simona Koch: I almost believe it’s my concept not to have a concept. When I encounter an interesting aspect, I’m preoccupied by it for a long time – I think about it, do research on it, make drawings, and talk about it with other people. And then a specific project might result from this. Different topics meet and overlap – but still, most of my projects are about growth, life, and about the invisible fabric that unites everything. 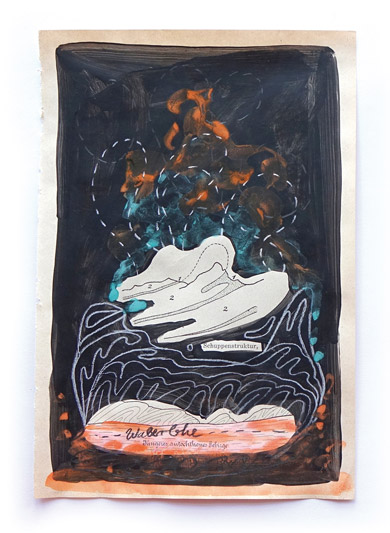 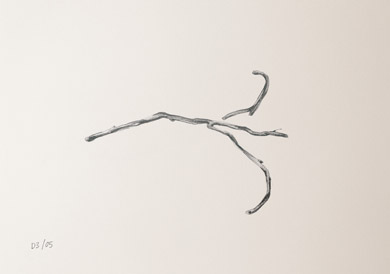 Part of the project ORGANISM 4 / Fungi 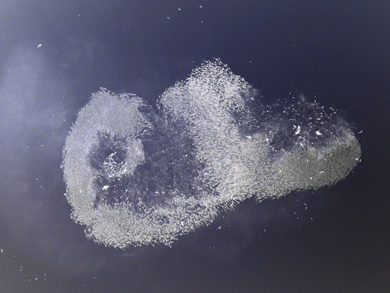 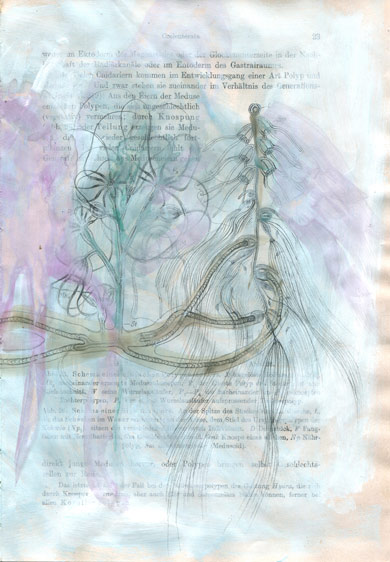