Lines Fiction: Your work is centered on drawing, and your medium of choice is gouache on paper. Some of your drawings are quick observations, others appear as visible aphorisms, poetic reflections,  and in exhibitions you arrange drawings into sessions and developed objects. You explicitly state the drawing’s potential as a method for research and as a proposition in contemporary art. What do you mean by that?

David Mackintosh: In an exhibition catalogue for a show he curated in the early 1990’s Michael Craig Martin described drawings ability to transcend time and context. His exhibition contained works by Michelangelo and other ‘old masters’ alongside contemporary drawings of the time. In the essay that accompanies the show he talks about how drawings always had the characteristics of what we now call modern but that it was often overlooked, being thought of as substandard secondary work. He talks of drawings being closer to the germ of an idea, closer to the artists mind. I saw this show as a young artist and it had a profound effect on me. As someone who had always made drawings, it was wonderful to see drawings that had been made across centuries, which however shared common attributes. I suddenly realised that drawing could be the main focus of my work. I found this idea very liberating.
I like the idea that in making drawings while essentially thinking of nothing, in a way that attempts to recall things reserved in my subconscious, I can be suggestive and enquiring, start with no idea and end up with many. This way I am constantly surprising myself with the things that I end up drawing, it makes the process fun and unpredictable. What often happens is that the things I’ve picked up are in a sense meaningless, absurd in fact, sometimes stupid and ridiculous. It makes me happy to think that art can be ridiculous. I like to think of my drawings as being an idea suspended and solidified in a moment, instantaneous, without a beginning middle or end. In attempting to make drawings that have a relationship to the subconscious this automatically means that the subject can be anything, including and often things that would normally go unrecognised or unconsidered during the course of everyday life, like looking in the least obvious place where no one else will have thought of looking.

Lines Fiction: You always use water colors to draw, and for your work, like the drawing collection “the Curtain” from 2011, you use thin paper that cockles when exposed to wet paint, an effect that is still visible even in print. It creates a certain vibrancy and gives your drawings an impression of urgency  and actuality.

David Mackintosh: I make all of my work very quickly, each drawing is made in seconds. I make a lot on A1 paper each time I work, and throw the bad ones away. The drawings that work best are those that have an economy of effort and a compositional balance that makes them work formally. If I go too far with a drawing to the point where any narrative becomes explicit or I end up drawing too much, giving too much information, this would not work, I want to suggest things but allow the viewer to fill in the gaps. In this sense my drawing are like signs, indicators of potential narratives. I stand up when I work with the paper flat on a table. I like to use a brush because of the variety of marks I can make with one implement. Paint allows me to work very quickly, I want to produce each drawing with a haiku like economy. Oil paint and acrylic tend to sit on the surface of the paper whereas Gouache becomes part of the paper. Using wet paint on thin paper, the paper becomes like an object, not flat, the wet medium buckles and stretches the paper, I like the physicality of this, it gives the drawing another layer of meaning and denies it any straight forward pictorial interpretation. Although I make drawings which as an art form could be considered traditional, I still want to challenge accepted methods of presentation and interpretation. Building frameworks for hanging drawings and making animations is my attempt at doing this.

Lines Fiction: Your exhibition catalogue The Curtain can be used like a flip-book, but the animation “The Curtain” has a slightly different sequence of drawings, forming a  narration that is not linear, with a curiously fleeting nature of the perspective. The viewer is left with a dreamy sense of absorption, making me wonder if you want to keep a secret?

David Mackintosh: Using a stream of consciousness methodology is the starting point for all of my works. After a session of making drawings in this way, I will have identified some that would make interesting scenes in animation. I then re draw these on smaller A4 paper and begin to make the accompanying drawings that form the movement, so the movement is planned around a primary drawing that has emerged from the initial process. Stream of consciousness probably stops at this point. I plan the timeline by arranging the small drawings on the studio wall before the post production process. I use a scanner to input the drawings into the computer and the rest is straight forward. I suppose my main aim is for the animations to look like the drawings, to be moving drawings, but I’m also interested in being able to put a completely different proposition into the gallery, an animation is very different to a drawing on paper, it has light as an ingredient and the potential for scale.
I imagine that psychoanalysts would read into these drawings as revelatory and indeed would look for secrets being revealed rather than kept. I am interested in a psychoanalytical interpretation of art and some of the artists I most admire have always been written about through a framework of psychoanalysis. For instance, Louise Bourgeois’ work in Mignon Nixon’s book ‘Fantastic Reality’ or Robert Hughes writing about Goya’s Los Caprichos series, and other writing on Magritte, Mason and surrealism in general. Individual drawings that I make can have many different meanings and some of these could reveal things about who I am and what I think. I want the animations to function in a similar way. Although an animation is in its very nature linear, I deliberately try to stifle any obvious relationships between scenes that might imply too formal a narrative, I try and organise the sequence so that each scene has a formal relationship as well as a narrative relationship so that any implied meaning is ambiguous. I suppose I want you to think I have a secret and maybe that makes the work more engaging. 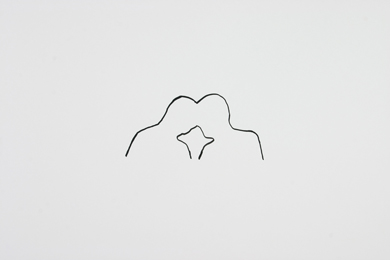 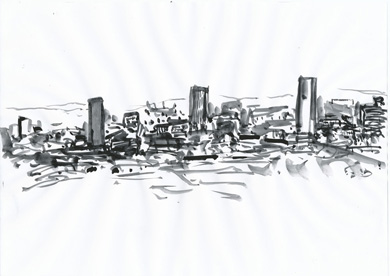 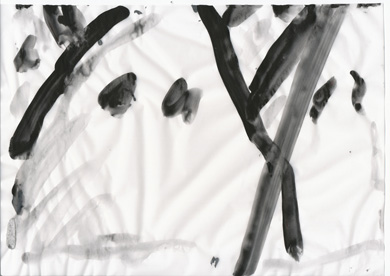 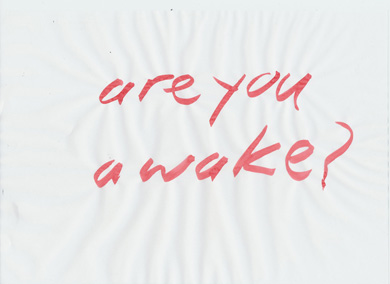