Lines Fiction: Your animation work is rooted in rather complementary artistic styles. One focus of your work is rough, and reminds of early 20th century cartoon animations by the genious Max Fleischer (who at his time was the darker brother of Walt Disney). The other focus of your work touches cinematography, and Nouvelle Vague movies come to mind. How did you develop these different poles in your work?

Manon Bovenkerk: It has to do with my interest in genre films and cartoons. I love scienc fiction, western, horror, giallo, “low art” media with their own pictorial and conceptual conventions – their images, symbols, themes and myths. There is a darkness there, a feeling of threat and anxiety. The cartoon animations that you are referring to may look innocent and childish, but Felix the Cat by Max Fleischer for example is very weird and subversive.

My animation comes from drawing, from the act of drawing and what happens there. I don’t work with storyboards or scripts, it is an associative and visceral process. There is a lot of chance involved. So how I animate depends on my drawings at that time, and that changes. You can’t help that, it just happens. When I started working on Ocnophilia, I was in an artist-in-residence in a very small village. I had so much time, and it was so quiet, I became completely absorbed. As a result my drawings became very detailed and obsessive. I couldn’t animate that, so I started experimenting with a sequence of still images and with camera movements, cropping, rythm and music. Julia/Guiliana is made in the same way, from stills that have a cinematographic quality. I was influenced by Michelangelo Antonioni’s use of architecture as a reflection of the state of mind of his characters, but I was also a bit obsessed by Monica Vitti. Julia/Guiliana is a declaration of love to her.

I am not that interested in animation Disney or Pixar style . For me it is all about drawing and cinema. What I do is an attempt to bring those together.

Lines Fiction: Your recent project is one about monsters, another uncanny field
that you explore. Can you tell me more about this unusual theme that
you work on?

My project ‘Monster’ derives from my interest in nature, animals and humans converging and becoming one thing (as it happens in Felix the Cat), and the idea of the monstreous, the almost-but-not-quite-human. It is a metamorphosis common in many cultures: humans turn into simians in consequence of some transgression. But monstrosity is alterity misrepresented: the proliferation of monsters in our legends is a result of the difficulty we have in describing outsiders. How can you tell humans from the monstrous beings who fill the nether links of the chain of being? The question is all the more difficult because monsters have a habit of disguising themselves as human, or transgressing the boundaries in puzzling ways: the werewolves, succubi, beast-men, and progeny of bestiality, and in more comtemporary myths the clone and artificial intelligence.
Monster is about a monster who thinks it is human. Much like a pet it classifies itself as honorary human and behaves as integrated member of its host community, but it can’t get it quite right.
So, the main question in the work is: what is the monster?, and the driving force of the narrative is failure. In a broader philosophical sense, the story investigates the border between human and non-human, repression and connection, and reason and the visceral. I don’t know what form it is going to take. The first plan was to make it into an interactive project, but now I think it will be a combination of film and drawing that will exist both online and offline. 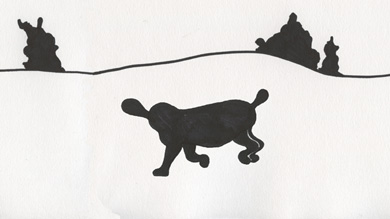 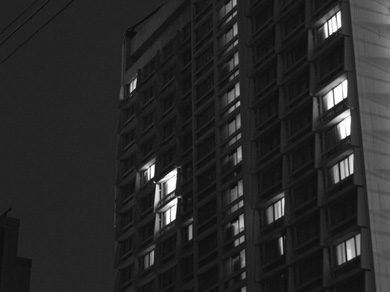 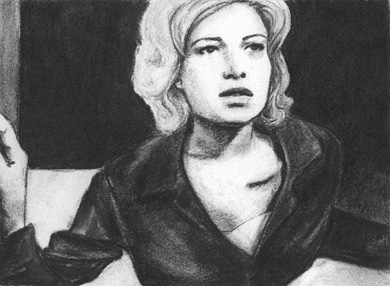 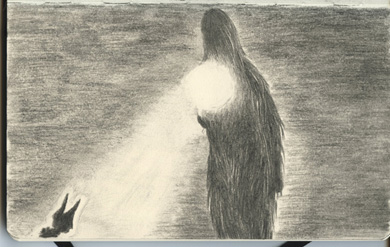 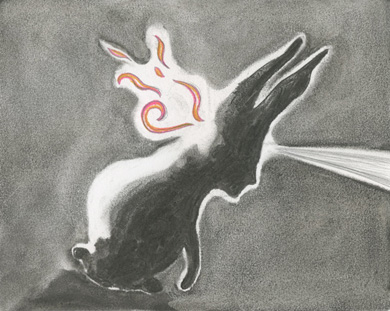