Lines Fiction: Your work is affected by your traveling through and working in African countries like Morocco, Senegal, Nigeria and South Africa . You even started to learn how to speak and write Arabic. How do these travels influence your drawings?

Katrin Ströbel: To travel is a really important part of my work, because I like sometimes to be displaced in order to develop my work under different, unstable and temporary conditions. I also like to question my work – or rather the visual language of my work – in non-western contexts, that is one reason why I worked a lot in Arabic, Subsaharian African countries or in Latin America. That´s sometimes risky, sometimes exhausting, but I learned so much about my work and my own practise by working in these countries, things that I would have never learned in Europe! It´s true that I started to learn Arabic before I went to Morocco, but I can hardly speak or write Arabic. Well, at least I know the different letters (arabic letters look different if they are at the beginning in the middle or in the end of a word), I can read street signs, advertisings and I can ask for bread or a kilo of tomatoes at the medina market…

Lines Fiction: Does your affinity to writing in patterns shape your entire drawing style or where do you see the main influences on your work?

It´s hard to say HOW it influences my work, but it defintely influences it a lot. I was very interested in the idea of calligraphy as an interface between text and image. But simply the fact that I tried to learn a completely different language based on a completely different structure than the other languages I speak was a very important experience. It really opened my brain: A language with an entirely different system of grammar, a very different type of letters, and mainly the fact that I had to learn to read and write from the right to the left was a real challenge for me and changed my perception and surely also my way of drawing. It´s very visible in works like RASM and other works on paper that I did at that time. But I keep thinking and working about the links between visual and verbal structures of language and how these conditions influence the way we express ourselves in words or images. And – against this background – how we deal with cultural codes in general. The first thing I had to deal with when I started to work in so called non-western contexts is that the perception of my work was often really different, it was “read” differently, embedded in a different cultural context. How do these contexts change or influence my work? And what is – despite of these changing conditions – the autonomous unaltered nucleus of my work? 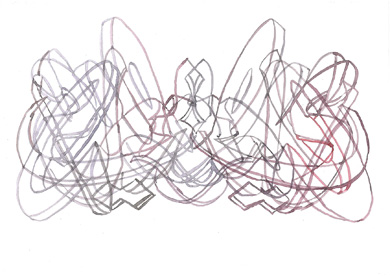 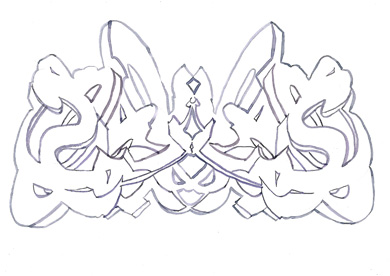 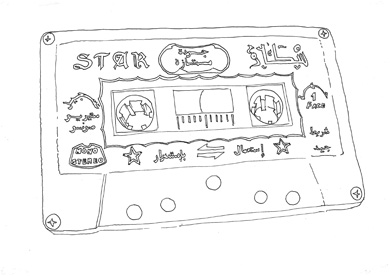